"Comfort others with the comfort you have received."

Why we exist / Mission / Vision

We exist to minister to our neighbors as an extension of God’s own love and compassion. In times of crisis, we are prepared and readily step forward to comfort others with the comfort we also have received.

Train volunteers and coordinate opportunities to help those in crisis.

Deploy a team of crisis-trained volunteers in areas of disaster as well as personal crisis.

By providing physical, emotional and spiritual care - and partnering with other crisis and disaster-focused organizations - we exponentially increase the reach and effectiveness of government agencies.

Glenn graduated in 1975 from Baylor University with a degree in Accounting and earned his CPA certificate in 1980. Glenn and his business partner co-own CFO Advisory services in Richardson, TX. Glenn and his wife Gail have been married for 41 years, They have two adult children and 4 grandchildren. Glenn is a member of First Baptist Church in Grand Prairie where he serves as a deacon and Bible Study teacher.  Glenn was licensed as a minister in 2010 and has served as a Chaplain for the Grand Prairie Police Department since 2012.

Jim McKee lives in Tyler, Texas and has been involved in public health and safety since 1995.  He retired in 2013 as a volunteer member of the Mabank Fire Department having served for 18 years as a Firefighter and Licensed Paramedic.  He currently serves as a Reserve Deputy Sheriff and Mental Health Officer with the Smith County Sheriff’s Office.

He holds a Bachelor of Science degree from Liberty University in Interdisciplinary Studies with cognates in Criminal Justice, Health Care and Discipleship Counseling. He also holds an Associate of Applied Sciences in Emergency Medical Services from Trinity Valley Community College.

Jim is a licensed instructor for the Texas Commission on Law Enforcement (TCOLE).  Jim taught for 14 years as a Health Science Instructor with Mabank High School and as an Adjunct EMS Instructor for Trinity Valley Community College. Jim is a member of the East Texas Critical Incident Stress Management Team. Jim has been married to his wife Annette for 38 years.  Their pride and joy are their two grown children (Michael and Shanna Garcia) and nine grand children who live in Oklahoma and East Texas.  His strength and hope comes from his relationship and friendship with Jesus Christ.

Assistant Chief Morris earned a degree in Christian Education from Living Word Theological Seminary and a degree in Criminal Justice/Police Science from Waldorf University.  He loves serving the citizens of the City of Grand Prairie and leading the great men and women of the Grand Prairie Police Department.  Chief Morris sees law enforcement as his calling and strives daily to walk in a manner worthy of that to which he has been called.

Dr. Ellor currently serves as Professor, PhD Program & Co-Director at Baylor University in Waco Texas.  Dr. Ellor is also working directly with the Texas Office of Emergency Management to improve the efficiency of call outs related to emotional and spiritual care for victims. He also works with Presbyterian Disaster Assistance. He previously served as Professor of Human Services and Gerontology at National - Louis University in Wheaton, Ill., for 21 years. In this capacity he also was the director of the Center for Positive Aging. Concurrent to this position, he served part-time as an on-call chaplain at Edward Hospital in Naperville, Ill.  Previously, he was a research associate at the School of Social Service Administration at the University of Chicago. Dr. Ellor works with older adults around issues of mental and spiritual health. He has served on the executive committee of the Midwestern Geriatric Education Center and provides education, counseling, and planning for individuals and groups who work with seniors. His research includes work in entrostomal therapy, hunger, spiritual assessment, and intervention techniques with cognitively impaired older adults. He is married to Janet R. Ellor. They are parents of Lisa and Margaret McCormick Theological Seminary, BA from Kent State University.

Chief Smith was hired by the City of Midlothian on July 16, 2007. Chief Smith came from the City of Desoto after serving 20 years and rising to the rank of Assistant Chief. Having lived in the Midlothian area for the majority of his life, Chief Smith embraced the opportunity to work in his home community. Chief Smith graduated from Sam Houston State University with a Master of Science in Criminal Justice Management in 1997 and has a Master Peace Officer Certification.

Chief Smith has completed management courses sponsored by the Institute for Law Enforcement Administration and attended the 218th Session of the FBI National Academy in Quantico, Virginia. Chief Smith serves as the chair of the Southern Regional Response Group which is a mutual aid group established through a Memorandum of Understanding. He is also involved with the North Central Texas Council of Governments including serving as chair with Regional Emergency Preparedness Advisory Committee and represents Ellis County on the 9-1-1 Regional Advisory Committee. In addition, Chief Smith is a member on the advisory board for Texas Telecommunicator Emergency Response Taskforce.

Chief Smith is currently an adjunct professor with Tarleton State University at the Midlothian campus. He generally teaches one course per semester. He has taught several courses to include "Law Enforcement Ethics", "Criminal Justice Problems", "Criminal Justice Supervision and Management", and "Crime, Justice and Social Diversity".

Courtney currently works as the Crisis Support Supervisor for the Grand Prairie Police Department. She is a crisis interventionist and a liaison between law enforcement and the community. She is the Peer Support Coordinator for the department working to assist in promoting officer wellness.  She is a trained hostage negotiator and serves as the mental health professional on the Grand Prairie Crisis Negotiation team.

Courtney provides Crisis Intervention Training, Mental Health Peace Officer Training, and other specialized trainings to the Grand Prairie Police Department and surrounding agencies.  She has experience working with chronically mentally ill adults, persons in crisis and persons affected by trauma.  She is married and has her own private practice where she specializes in working with first responders.

Crisis Responders are at the core of our ministry.  Without them, we could not effect change in our communities and those nearby.

We rely on the generous donations from the community. Your donation can make a difference in the lives of victims we serve.

Crisis Responders are at the core of our ministry.  Without them, we could not effect change in our communities and those nearby.

We rely on the generous donations from the community. Your donation can make a difference in the lives of victims we serve.

Crisis Response Ministry is a nonprofit 501(c)(3) organization.  All contributions are tax deductible within guidelines of U.S. law. 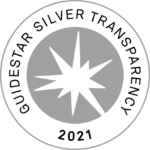